Mr. Javier graduated from San Diego State University in 1996. Shortly after graduation, he accepted a position in the Business Trust Accounting Department at Union Bank of California. During that time, Mr. Javier passed the Uniform Certified Public Accountant examination.

Thereafter, Mr. Javier began working at a local CPA firm. During his five years at the CPA firm, Mr. Javier laid the foundation for what would become an extensive tax and accounting background.

Then in 2009, Mr. Javier opened his own private tax law practice on the principle of providing superior and comprehensive professional services to clients in the areas related to and involving taxes.

One of the benefits of having a private practice is that it has allowed Mr. Javier to become more involved with community service. Mr. Javier was the President (2012), Treasurer (2011) and Director (2010) of the Filipino-American Lawyers of San Diego (FALSD).

During his FALSD Presidential term, he was responsible for producing the 2013 Filipino-American Lawyers of San Diego and Pan-Asian Lawyers of San Diego Annual Dinner and Installation of Officers. This event had over 200 attendees, including prominent political leaders, community leaders, judges and attorneys. Over $25,000 was raised for future FALSD scholarships that will be awarded to deserving law students.

Other community service honors and awards include:

Please call (619) 550-4010 or submit a message to schedule a free consultation today. Appointments are available Monday-Friday 9am-5pm. We look forward to assisting you! 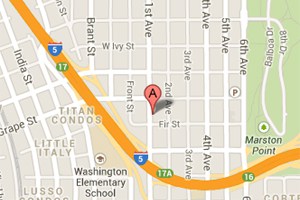 Ariel A. Javier, A Professional Corporation